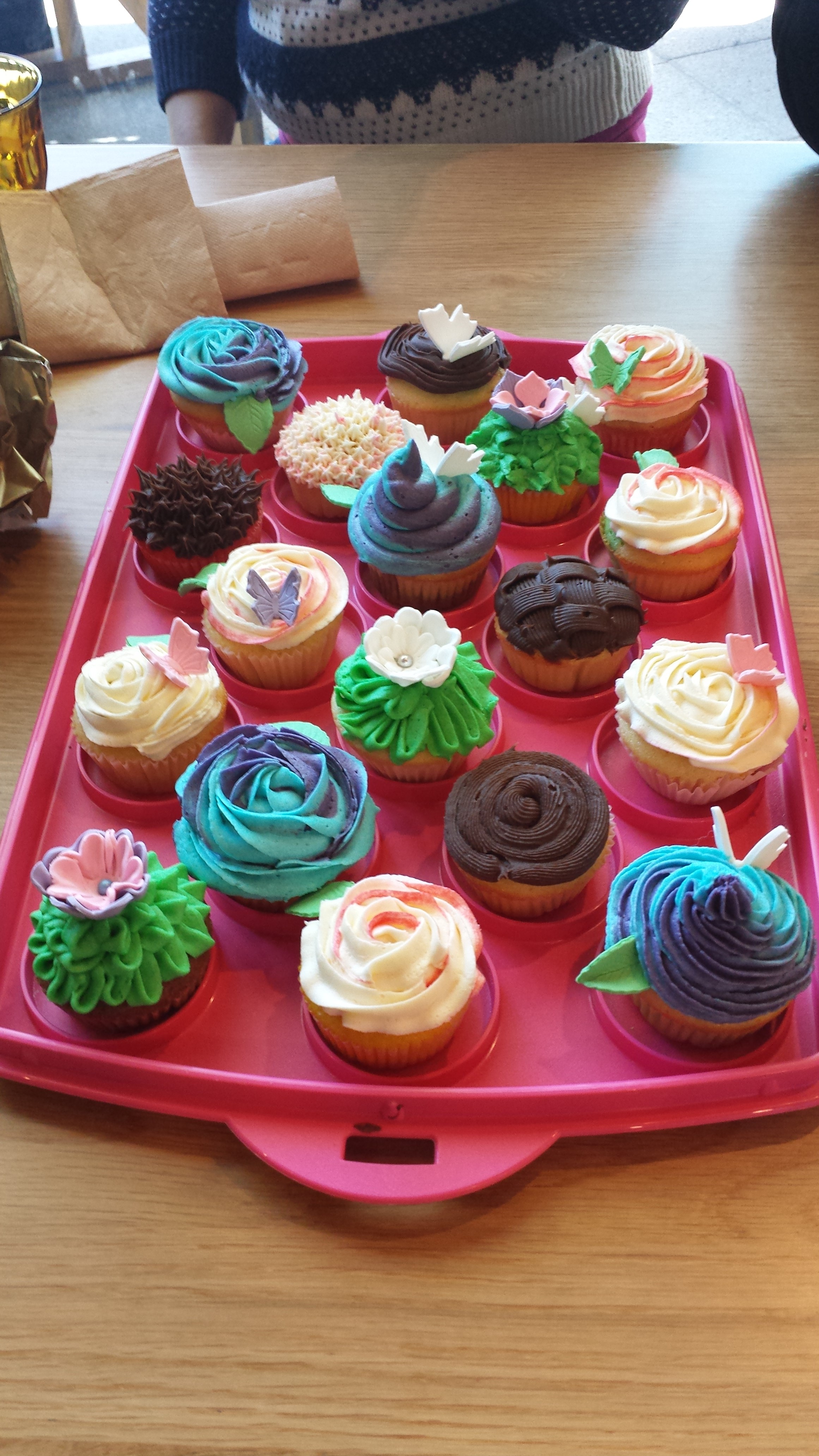 An assortment of cupcakes

Getting the new tools for my birthday, I was very keen to try my hands on making something. Cupcakes seemed like a good place to start as they’re small.

What you don’t see is that I made two-tone cupcakes. Standard cupcake batter batch, split into 5 flavours – vanilla, strawberry, chocolate, banana and peppermint. I did all kinds of combinations. Pro-tip: put the cupcake batter into piping bag/s to make the process of filling the cupcake trays faster!

The toppings, I made a half batch of frosting (covered 16 cupcakes with some leftover) and a full batch of ganache (covered 6 cupcakes).

For the fondant accents I combined fondant with gumpaste at a ratio of 1:1 so that the fondant would set quicker and retain their shape better.

I used all kinds of piping tips because I wanted to experiment with all the new stuff that I got from Aldi. This picture acts as a reference for me to know which tip achieved what effect, otherwise I probably wouldn’t remember the next time!

Tip: use a disposable piping bag if wanting to do the ‘tips’ effect as I have done to pipe the roses, as the red food colouring has now stained my fabric bag 🙁

The two-tone frosting was achieved by pushing in the 2 different frostings into the piping bag at the same time.