Hello my pretties out there following my blog! I am so sorry that I have been a bit slack with posting lately, has been hard to get motivated and find time with returning to work, tackling my toddler’s tantrums and keeping sane with the amount of caking/business tasks. So here is a quick catch up post of the last few cakes that I have done, even though each of them ought to have their own post, I will just put them all into the one here as an overview. Let’s get into it!

I have called it this because when I did all the colours and applied them to the cake, it becamse very obvious that it looked just like a rainbow paddlepop ice cream! haha I thought it was very awesome indeed. 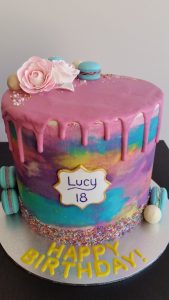 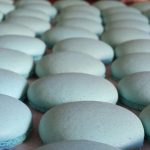 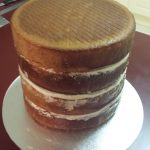 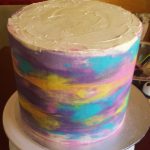 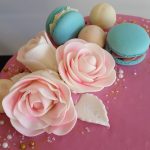 When discussing with the customer what they may like for their cake, I asked what is their favourite chocolate. Maltesers popped up and immediately I wanted to try out an anti-gravity cake! 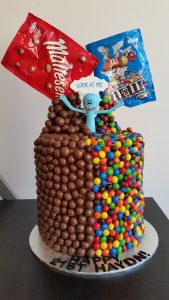 This cake was 4x 9″ layer (double barrel) red velvet cake, filled with raspberry white chocolate ganache and coated with chocolate frosting. Adorned with multiple packets of Maltesers and MnM’s and a drowning gumpaste Mr Meeseeks in the middle. 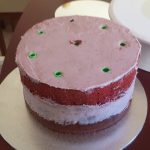 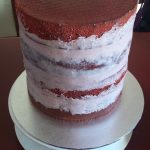 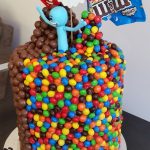 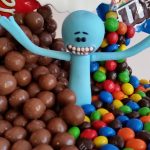 What did I learn from this experience? Check the weather and if it’s on the warmer side, expect it to take way longer then you think! haha It was a rather warm day when I went to construct this cake and even though I knew it would take a while, it took way longer than it normally would if the weather had been cooler. Everything just took much longer to set. (Just so you know – I did intend to complete this the night before so it would have been cooler and I would have lots of time, but there was a massive storm and we had no power until about 11pm!)

So a friend asked me if I had the capacity to make a cake for his wife’s birthday. I hesitated as I did have a couple of cakes on already, but he said I could decorate it however I wanted. Aaaaand that’s where rather excitedly jumped at the opportunity and said OF COURSE! I rummaged through my pictures on my phone of cakes that I love and wanted to give a try, and this is what popped up that I thought I could complete rather quickly. 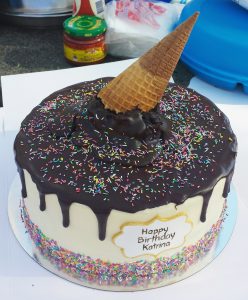 Featuring 4 layers of 10″ chocolate mudcake, filled and frosted with white chocolate frosting and completed with a chocolate drip and choc-vanilla waffle cone. This also came with a surprise for my friend when she went to cut it: 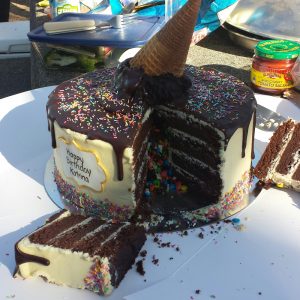 And last, but not least, my latest creation – an ombre rosette cake! 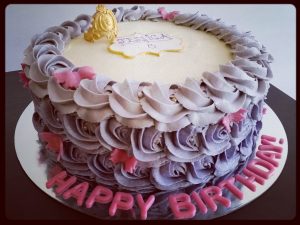 This cake was a 2-layer gluten free vanilla sponge cake, filled and frosted with white chocolate frosting. Complete with a personalised fondant plaque, gold painted crown and pink fondant butterflies to complete the cake and add a bit of extra colour (forgive the lack of colour in the photos as it was overcast – the cake is actually more of a purple – violet colour). 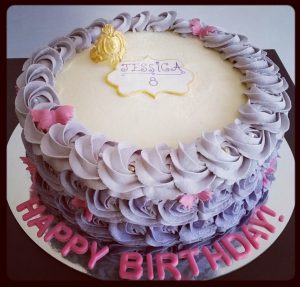