It always starts with a cake tutorial I see on YouTube and think “OMG that looks amazing – and doable”. This is how the zebra cake came to be.

Top view of the cakes after being leveled.

I made a full batch of buttercream frosting thinking that I would need that much to complete this cake, and I didn’t. Probably doing 80% of the full batch of frosting would have been enough.

Also, the amount of fondant required was less than I thought. About 25g for letters, and maybe 80g for the stripes (I roll it quite thin).

After attaching the letters and stripes.

The birthday girl didn’t know what to expect of her cake, I gave no hints as to a theme at all. Complete surprise when we opened the cake box and she saw it – she even said “oh that’s so me”. Nailed it 🙂

Now she must have had a hunch that what she was seeing wasn’t all there was to it, because as she cut into it she was very excited. 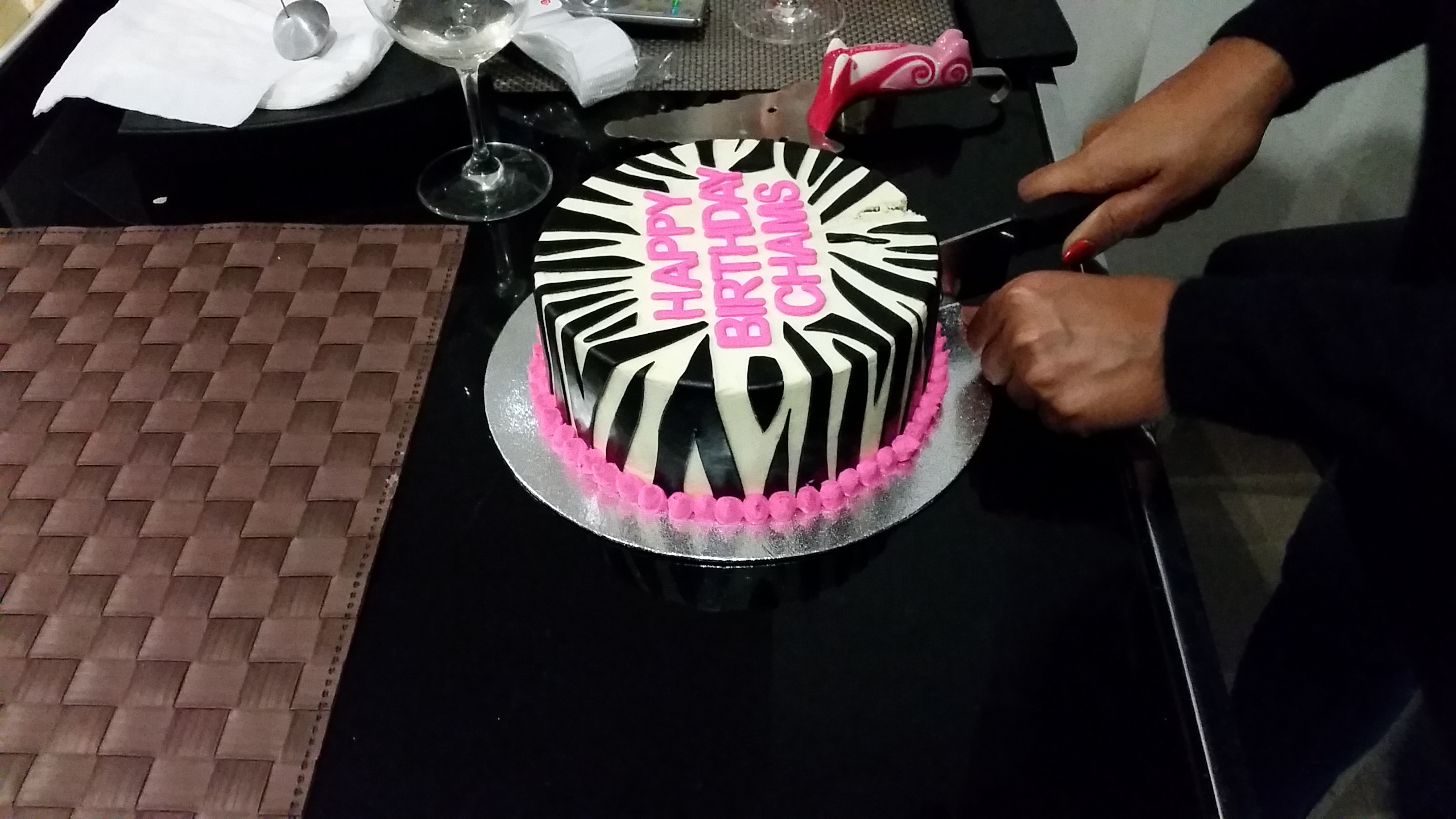 Cutting the cake in anticipation to see what’s inside! 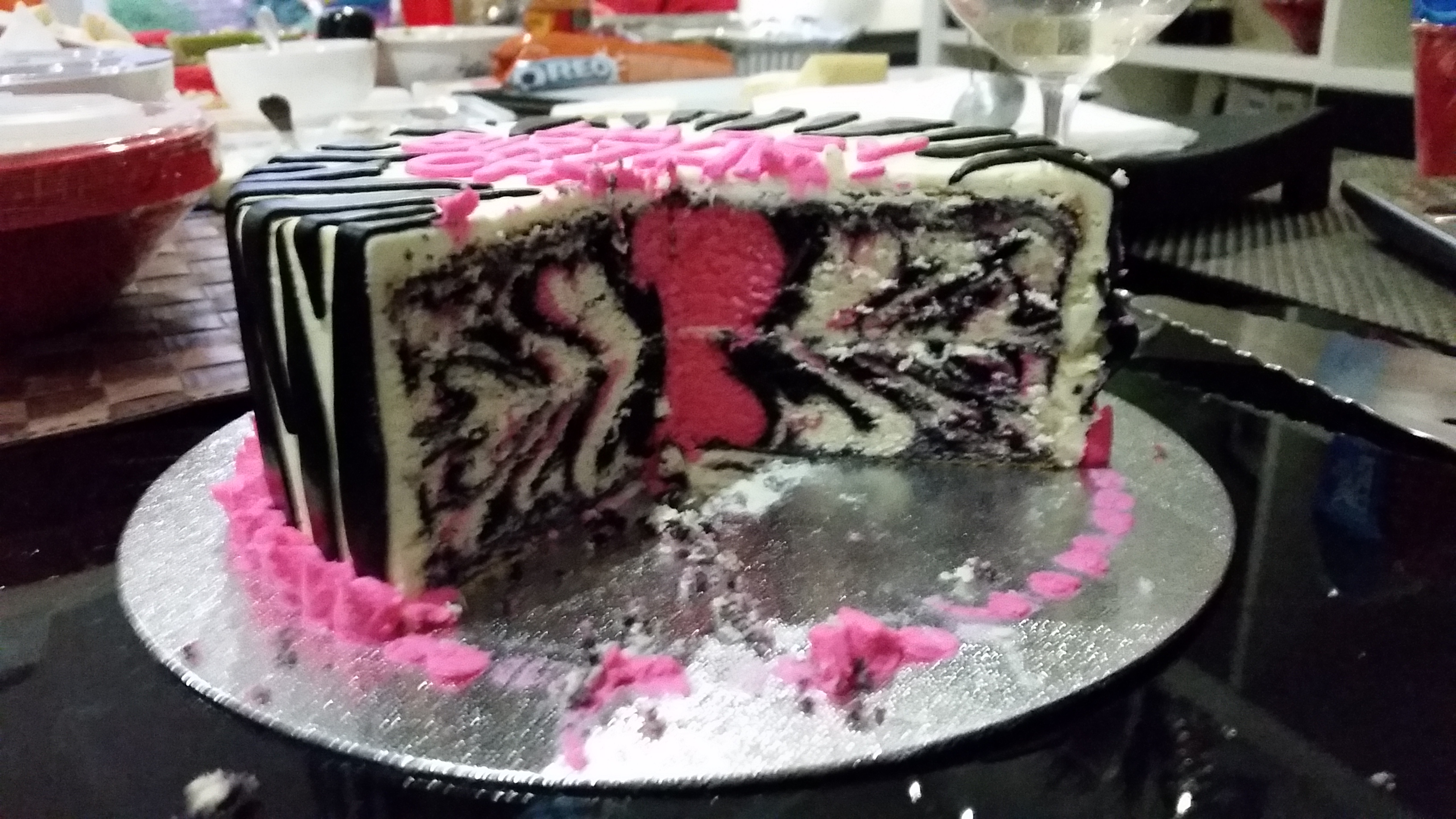 The cake has been cut 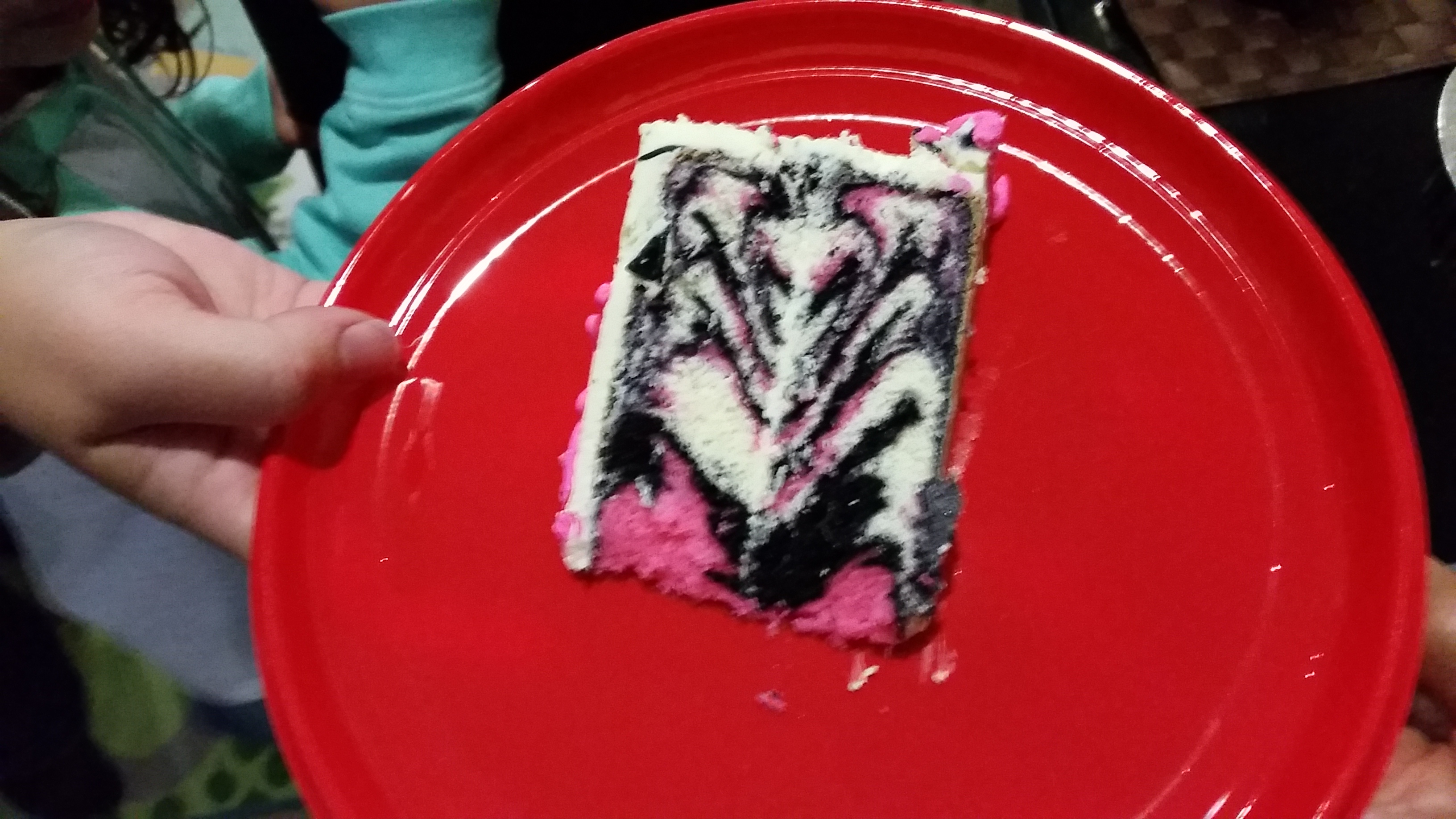 As you can see, there’s the big core of black and pink – I think that’s because I had a bit leftover batter and wanted to use it all up, so ended up putting much more black and pink at the end. Now I realise, it’s probably best to just continue *exactly* with the same routine until the end. If there’s leftover batter, make cupcakes/cakepops with them!